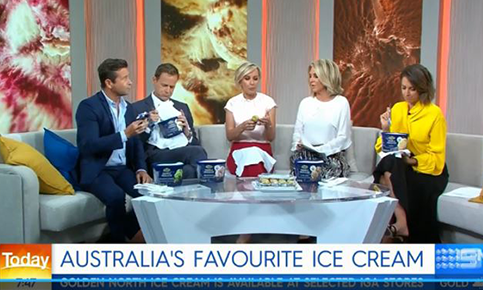 Among 29 selected national ice cream flavours, we came second in the ice cream poll organised by the Today Show, and topped the first among the ice cream tub category!

The Show has put up an “Icy Poll” on Facebook to invite Australian consumers to vote for their favourite ice cream. Over 6000 votes have been received and we are honoured that Golden North Vanilla has received 1775 votes, came second just after Golden Gaytime. It was the only ice cream tub in Australia which has made it to the top 3! Our Honey flavour has ranked number 4 over 25 other national ice cream flavours.