Cream of the crop! 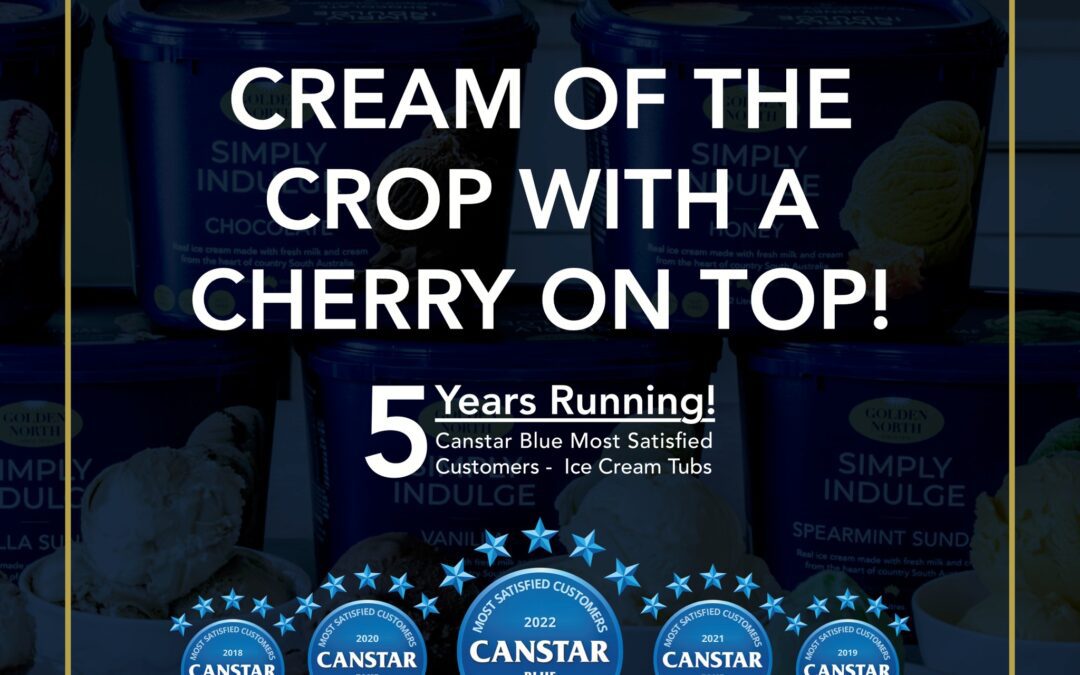 For the unprecedented 5th time, South Australian owned and made ice cream company Golden North have been rated number one by Canstar Blue for 2022!

The significant award acknowledges Golden North for having the “Most Satisfied Customers” for their ice cream tubs for yet another year – a title they have held consecutively since 2018.

Golden North have proudly been making ice cream from fresh milk and cream in the regional town of Laura, South Australia since 1923 in the very same modest factory. Originally owned by the Bowker family, Golden North is still proudly locally owned and leads the ice cream market in South Australia. They are most known for their popular Giant Twins and Simply Indulge tub range.

“For a relatively small and local producer, it really is fantastic to see us beat out larger brands on a national scale. To do it 5 years in a row now is just incredible, and a great tribute to our rich South Australian heritage,’ says Director of Marketing and Export Sales Trevor Pomery.

“These awards stand as an endorsement to our commitment to continue to produce top quality local product for the people of Australia.’

Canstar Blue’s Home and Lifestyle Expert, Megan Birot believes Golden North have done a stellar job at keeping up the winning streak, “Golden North has rated best ice cream tubs for the fifth consecutive year which is an outstanding achievement for a regional brand hailing from South Australia. Consumers have given this iconic Aussie brand stellar five-star reviews for taste, consistency and overall satisfaction.”

“The market for frozen desserts is very competitive and the fact that Golden North has outperformed a whopping 12 other big-name brands and conglomerates on these important drivers of satisfaction is a sweet victory,” she says.

Golden North ice cream is proudly nut free, gluten free and palm oil free, plus have recently released a dairy free range. You can find Golden North products in the freezer section of all supermarkets in South Australia, most good independent supermarkets throughout Australia.